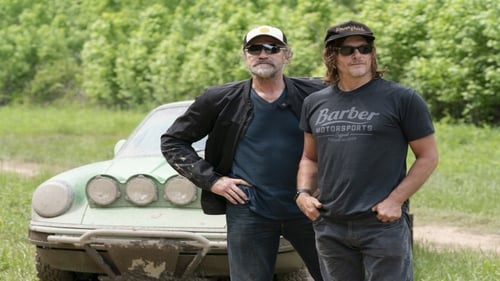 Soon, the show received a renewal for its fourth season as well. Reedus confirmed the news himself in an interview where he said, “Season 3 was a blast – we had a ton of fun traveling the world and the U.S. with some really awesome guests. We’re looking forward to turning that up even further for season four. I can’t wait for everyone to see it all.” ‘Ride With Norman Reedus’ season 4 is all set to premiere on March 8, 2020, at midnight ET/11c on AMC. It will consist of six episodes.

What’s more? AMC has even renewed the show for season 5! It will start production on six episodes in early 2020. Reedus confirmed the news saying, “Ride not only gives me the chance to share my passion for motorcycle culture, but also the opportunity to explore new places around the world and meet some incredible people on the journey. I’m so excited for fans to see this upcoming season and to get on the road for season five! And I can’t wait to see which location fans chose for me to visit next year.”

AMC has given fans the golden opportunity to vote for their select locations in season five with a special online poll, available on the show’s official Facebook, Twitter and Instagram accounts for one of the following cities: Jackson, Mississippi, San Diego, California, Salt Lake City Utah, Seattle, Washington or Portland, Oregon.