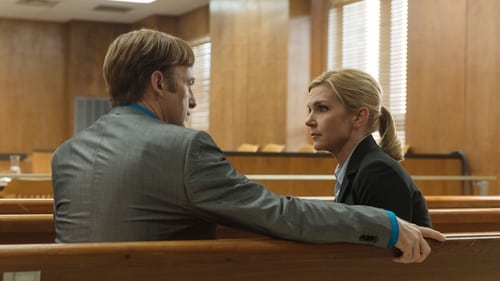 As Jimmy doubles down on Saul Goodman, a deeply conflicted Kim brings him an interesting proposition, Gus makes a sacrifice in order to play the long game, and Mike attempts to smooth things over with his family.

Better Call Saul” Season 5, episode 4 will take Jimmy (Bob Odenkirk) further down the dark path. The lawyer will have to face the consequences of his previous actions, as he helps petty criminals and gets more involved with the organized drug cartel.

Jimmy will continue to build his reputation in the next episode. A preview video that has surfaced online shows a judge immediately recognizing Jimmy, and the judge will not be happy to see him.

In the previous episode, Jimmy was forced to setup Gus Fring (Giancarlo Esposito). The DEA will follow the drugs supplier’s operation, and Jimmy may have to play a role once again in the civil war between the two factions. Gus had decided to keep things the way they are, even though he knows Hank (Dean Norris) will be waiting at the drop points.

Howard (Patrick Fabian) will be back in the next episode. The character appears to be doing well after overcoming depression. He will meet Jimmy in “Better Call Saul” Season 5, episode 4 to learn about what the criminal lawyer has been doing.

Jimmy had previously promised criminals a steep discount, and two petty drug addicts will take advantage of that offer after getting caught. A sneak peek scene that has surfaced online shows Saul Goodman helping these two new clients with some shady commitments.

Money should not be a problem for Jimmy after his dealings with the drugs mafia. His only concern should be some sleepless nights because of the kind of work he has to do and the kind of people he has to deal with.

Lalo Salamanca (Tony Dalton) is turning out to be a formidable new villain and there should be a climax in the cold war between him and Gus.